A Journey of Hope....Through Hell 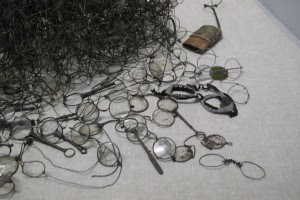 Yesterday I returned from my trip to Poland. It was a wonderful trip of hope but I traveled through Hell to get there. Forgiveness may not come easy to most people but to survivor of the Holocaust Eva Mozes Kor it was the only way she could enjoy her journey through life. Her spirit is the way I want to be. Eva has forgiven all the perpetrators and murderers from Auschwitz. It wasn't about the murderers....it was about her. On my journey with her touring Auschwitz, I witnessed genocide at it's greatest. I walked on a spot known as 'The Selection Platform' where no other spot on earth has ruined more families. Where infants were ripped away from the loving arms of their mothers. Where toddlers & teens were gassed and lives shattered. I also witnessed while traveling with 55 other people that there is hope for our world...but we have to stand up for the value of lives...each life is special. We must repair the world...Tikkun Olam. These glasses represent lives lost...a remembrance of what I must do for my world. 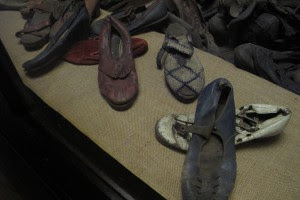 The museum at Auschwitz was amazing. Very simplistic & poignant. A reminder of loss of life. In the museum, placed in a large glass room stood 90,000 shoes. Beautiful shoes. Children's shoes. Baby shoes. Men's shoes. Ladies shoes. Ninety thousand shoes....think about it....shoes representing 45,000 lives lost...shoes representing only 5% of all lives lost in the death camps of Auschwitz. Never will I get that visual from my head...a simple powerful message. Tikkun Olam....repair the world. 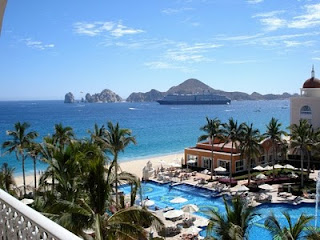 No...I am not going to Cabo. But one of my dearest friends, an Indiana Bella, Miss Stephanie Oyler over at Crowns & Pearls is vacationing there with her husband and some friends. I am sure she is having a delightful & relaxing time in those beautiful clear waters. We are going to get together after our holidays and reminece about all the fun we had. No, this is where I am going on holiday.

Although I envy Stephanie for her rest, fun, serenity, and beauty that she is bestowing upon herself...hey maybe...no definitely if I know my Stephanie...she will even get a visit into the SPA...I know she sees the importance of my trip. I am traveling to Poland to visit Auschwitz. I know most of you probably think this is in Germany, but Germany occupied Poland and built the death camp there. This is where millions upon millions of Jewish people and others were sent to their deaths, thinking they were going to a work camp. After numerous books that I have read I kept asking myself...why didn't the Jewish people put up a bigger fight? Why were they herded in cattle cars to Auschwitz to be put to their deaths?? Why did they allow it. I kept reading & reading & reading. I found my answer today in such a clear and concise way. I am reading 'Children of the Flames'. I highly reccomend it. Inside the book, just waiting for me to find was my answer. A gentleman by the name of Menashe Lorinczi a Holocaust Survivor and one of Mengele's Twins had this to say. After WW2 ended things didn't get much better for the survivors. A deep hatred was placed on the Jewish people still. People kept asking 'why did you let the Germans lead you like sheep to the slaughter?' Menashe joined the Israeli Army and his fellow soldiers looked down on him for being an Auschwitz Camp Victim. It took Menashe years to figure it out too. (Mind you...they were children when they became prisoners.) He remembers when they were liberated from Auschwitz, the Russians captured some 5000 Nazi Soldiers. He tells of seeing 2 Jewish Inmates, human skeletons if you will, who had been left to die take the guns away from 2 Nazis and start shooting. Guess what...not one tried to run...awaiting their turn to die. The Germans sat there like sheep. He then says....'It doesn't matter if you are Hungarian, Polish, Jewish, or German: If you don't have a gun, you have nothing'. I am glad that I have finally learned why the Jewish people didn't put up a huge fight. It has made me angry, sad, and bewildered. Thanks Menashe for enlightening me, and thank you for having the courage to speak of your story...of your survival.
Posted by Hope at 4:19 AM 2 comments:

65th Anniversary of the Liberation of Auschwitz

On January 23, 2010 Lincoln & I will embark on a trip of a life time. We are traveling to Krakow Poland on a class field trip. We are going to Poland for the 65th Anniversary of the Liberation of Auschwitz....a concentration camp...or better put a DEATH CAMP that killed 4 million Jews & other innocent people during World War 2. Our hostess is this ball of fire Mrs. Eva Mozes Kor. She is a survivor and is one of thousands of Mengeles twins who survived horrendous and torterous experiments as a human gunniea pig. We travel to learn....to mourn....and to pay tribute to those who died & to those who live.

In this picture Mrs. Kor is shown with her blurry tattoo. The prisoners of the death camp were marked and labeled as another form of dehumanization from the Nazis. Eva was bound and determined to make it rather difficult for the Nazis to brand her and wiggled and squirmed her way around during the painful process. Today, she lives with this 'badge of courage'. I blog today about this horrendous topic because we must never forget. We must fight on to let others know of the attrocities that happend during World War 2 and we must also 'tikkun olam'....Hebrew for REPAIR THE WORLD!
Posted by Hope at 4:52 AM 2 comments: 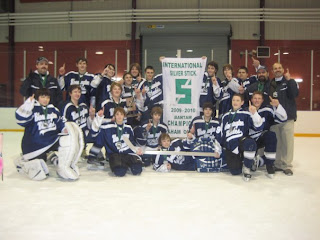 As many of you know right before I went to Silver Bella in November my son Lincoln won a huge regional hockey tournament in Fort Wayne, Indiana. This championship ship gave us the green light to move on to an International Tournament to be played in Pehlham Ontario, Canada. On January 5, 2010 Jeff, Lincoln & I traveled to Canada to participate in the International Silver Sticks Hockey Tournament. It was such an awesome experience where we went sight seeing and got to spend time in awe of Niagra Falls which we could see from our hotel room. What beauty was bestowed upon us. Daily rainbows really make one cheerful! What really made the trip memorable was coming home champions of the International Silver Sticks Tournament!
Posted by Hope at 4:28 AM 1 comment: 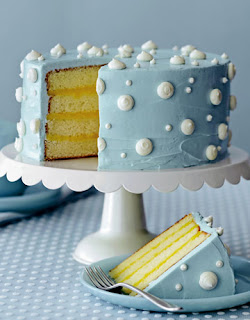 I have never been one to want to make & decorate cakes....I love the thought of it...it just seems so hard. The few times I have tried to make an elegant cake, well let's just say mine just never looks elegant. This year I hope that I can try my hand at decorating. I know it would impress my children. I would love to look at a partially eaten cake just sitting there all pretty on an antique cake stand on my counter. So look out 2010...it just might be my year to get creative in the kitchen. Thanks Country Living for supplying the gorgeous inspiration...you always make my world just a little more beautiful & fun filled.
Posted by Hope at 4:53 PM 2 comments: 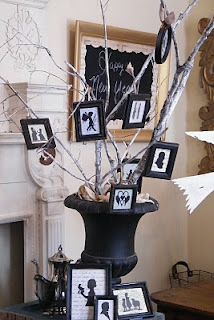 It feels like an eternity since I last blogged. My life has been a whirlwind of hockey & creating. We got back early Monday morning from Canada, Pelhham Ontario to be specific. Right over the border in Niagra Falls. It was beautiful this time of year. We traveled up through Michigan because I wanted to drive most of the way in Canada. Along the way we antiqued & second hand shopped. Let me tell you...Canadian Goodwill Stores are not the same as ours....way better! Even though I didn't find my hearts content we did find some awesome pieces of antique sport equipment that we have been saving for Lincoln's room makeover. Next week Lincoln & I will also be traveling again. We are headed to Poland for the 65th Anniversary of the Liberation of Auschwitz. I am a class chaperone on the trip and the students will be filming and photographing the event. They have press passes and everything and will even get to interview world leaders. The president of Poland is even expected to be there! As for my preperation for the trip, I have been reading every account of the Holacaust I can get my hands on. My friend Stephanie Oyler (Crowns & Pearls) says I seem like an expert. Truly, I feel with such an opportunity, I want to spread to the world as many attrocities as I can about what these poor people suffered at the hands of mad men and mad women. Truly unbelievable. As for my photo above. Most people really know me as 'The Silver Solder Queen' however, in reality I really have many talents (LOL)!!!!! One of my passions is cutting. I love to cut silhouettes. I created these silhouttes for one of my dearest friends Lisa for her shop Lola Rue & Co. Stephanie (Crowns & Pearls), Lisa's personal blogger,captured the beauty of Lisa's awesome display of my hand cut silhouettes. So if ever you travel to our humble & most comfortable little city of Bloomington IN we all hope that you stop in to shop and visit at Lola Rue & Co. Many blessings for a happy and beautiful 2010.
Posted by Hope at 5:21 AM 3 comments: 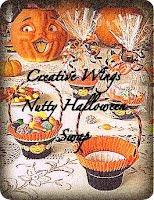 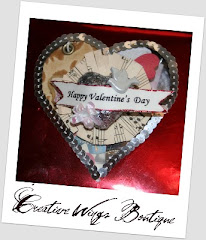 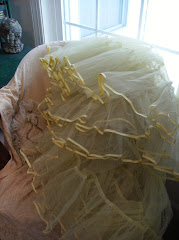 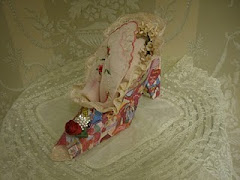 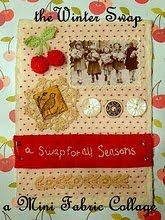 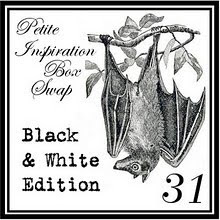 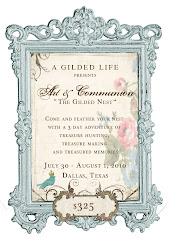 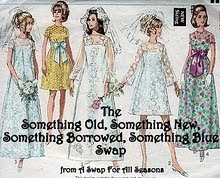 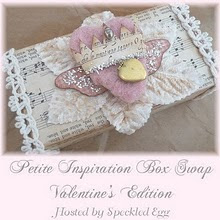 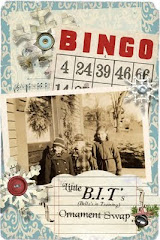 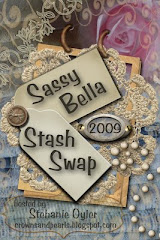 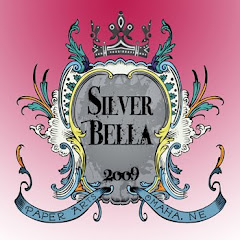 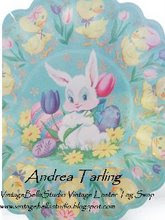 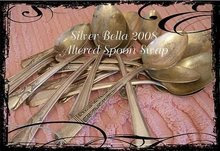